Every year, for one week only, The Bradford Pothole Club holds a "Winch Meet" atop Fell Beck, Britain’s highest unbroken waterfall. For the past Sixty years, the members have constructed a winch over Gaping Gill, the largest cavern in Britain. Then they allow members of the public the chance to visit this stunning, subterranean world. 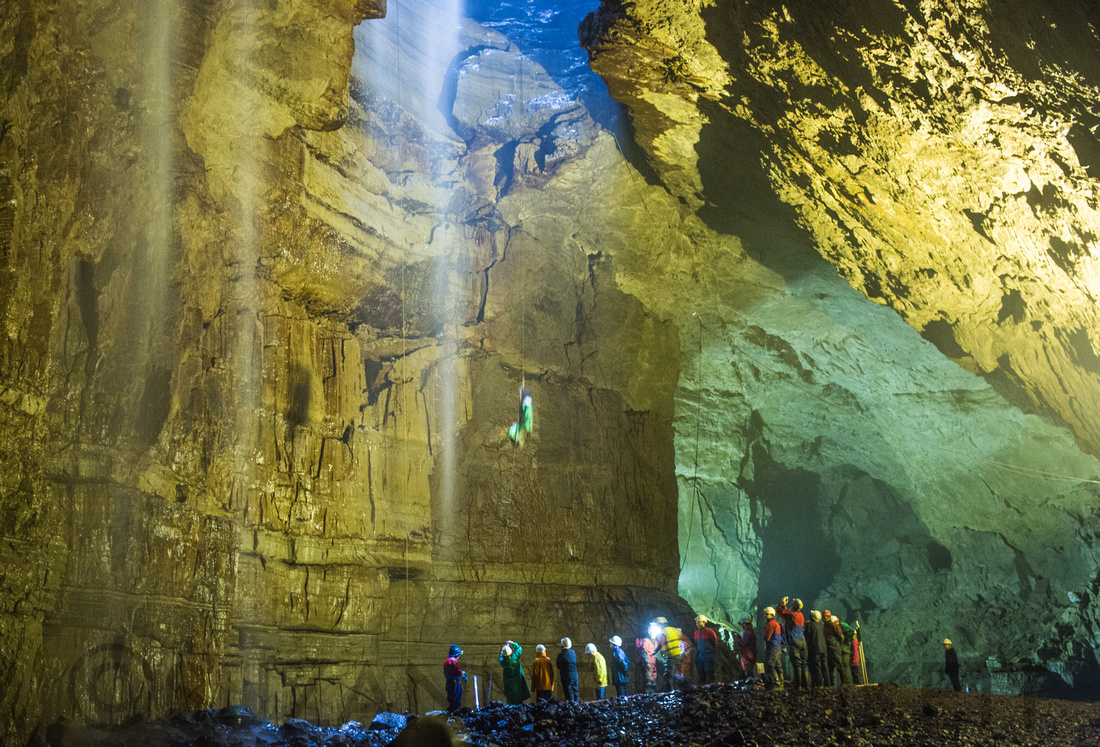 This year, I went to photograph the enourmous cavern. Hugging my Canon 5D, protected with plastic bags, I descended down into the cave through the waterfall on my single-seat chair. Once my eyes adjusted to the low light, I lowered my shutter speed and searched for a place to stabilise my camera while I shot long exposures of the vast grotto. I was told by many club members during my 2 hour wait in the queue that you could fit St. Paul's Cathedral into the space below. 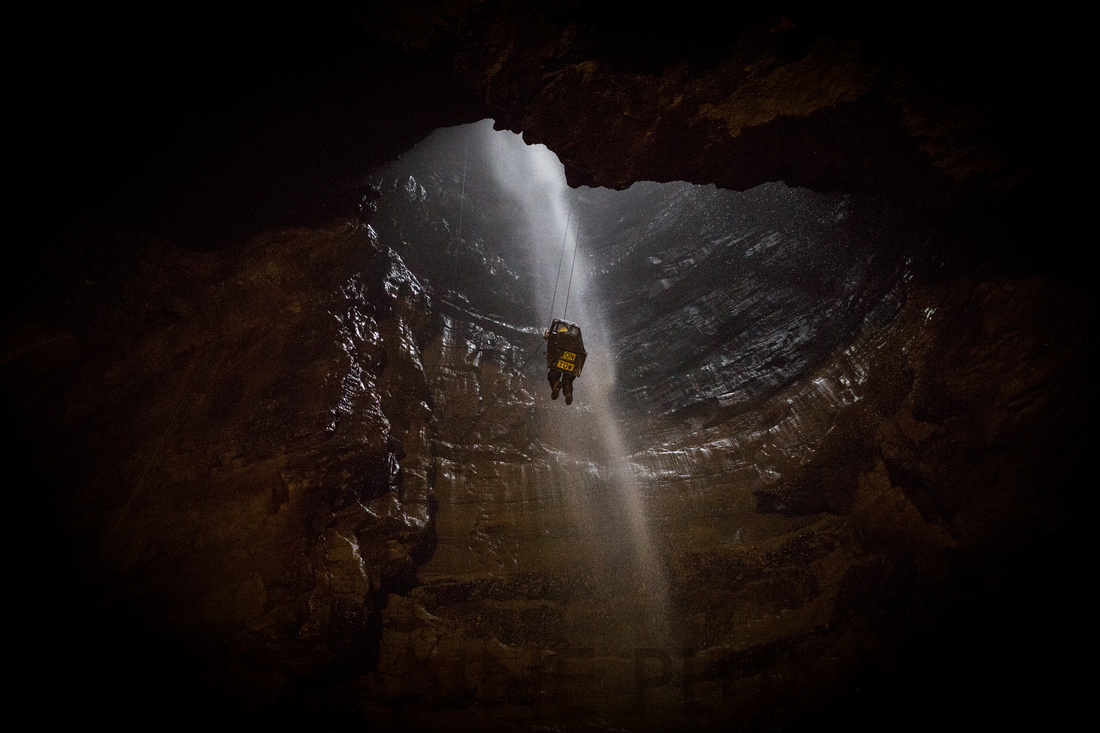 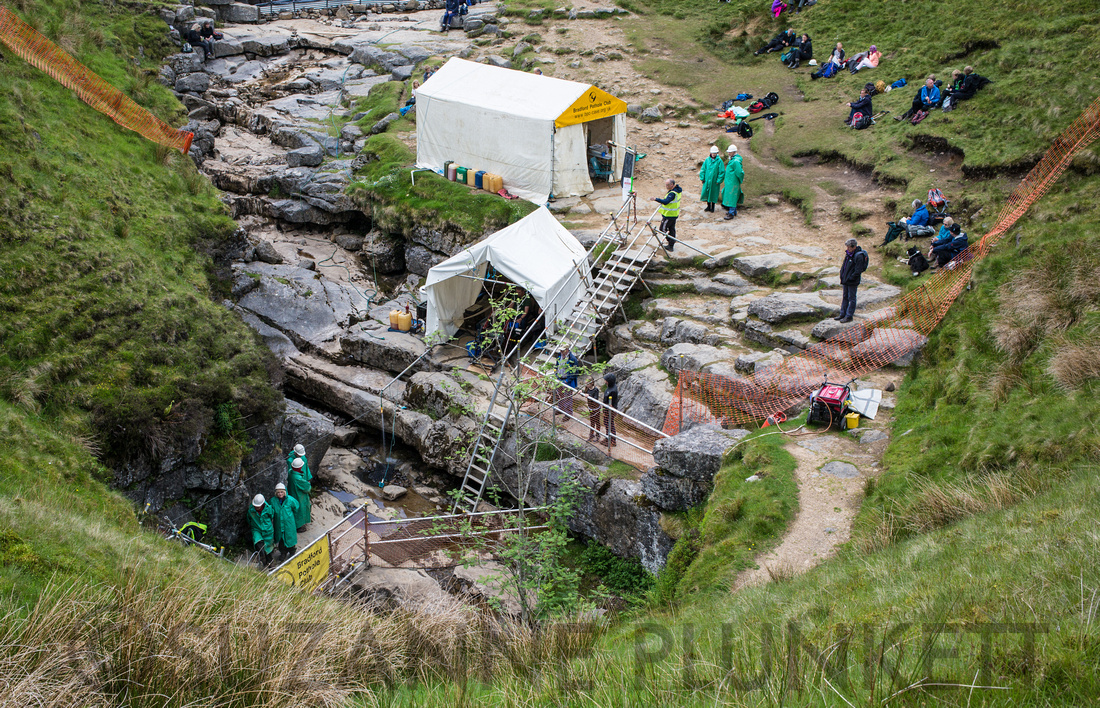 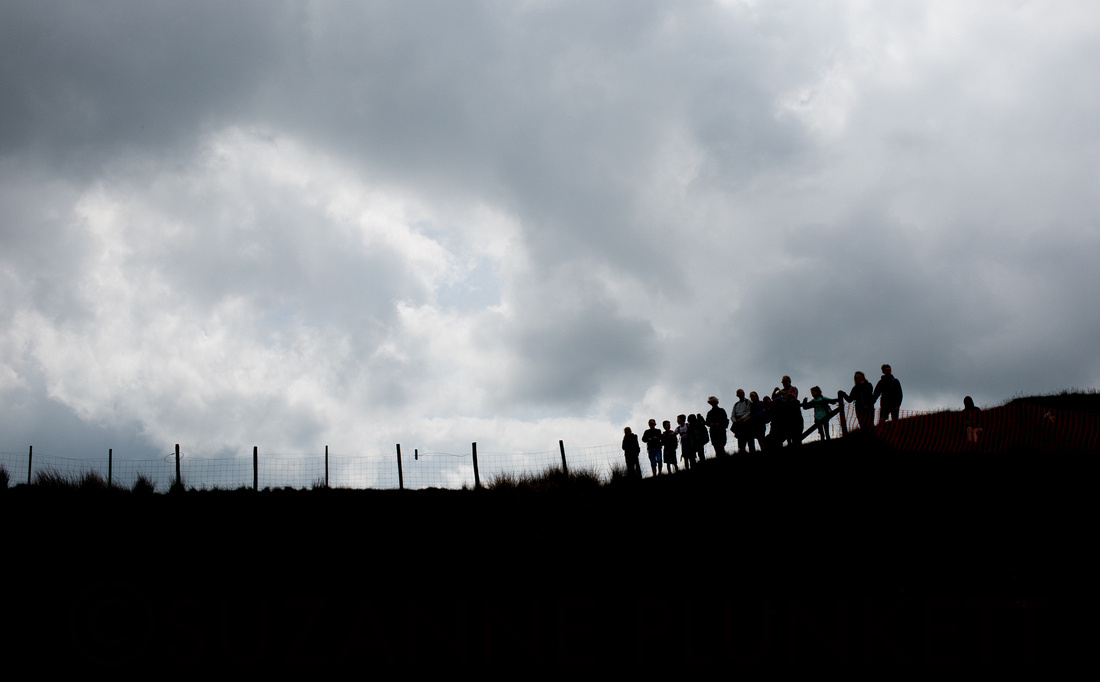 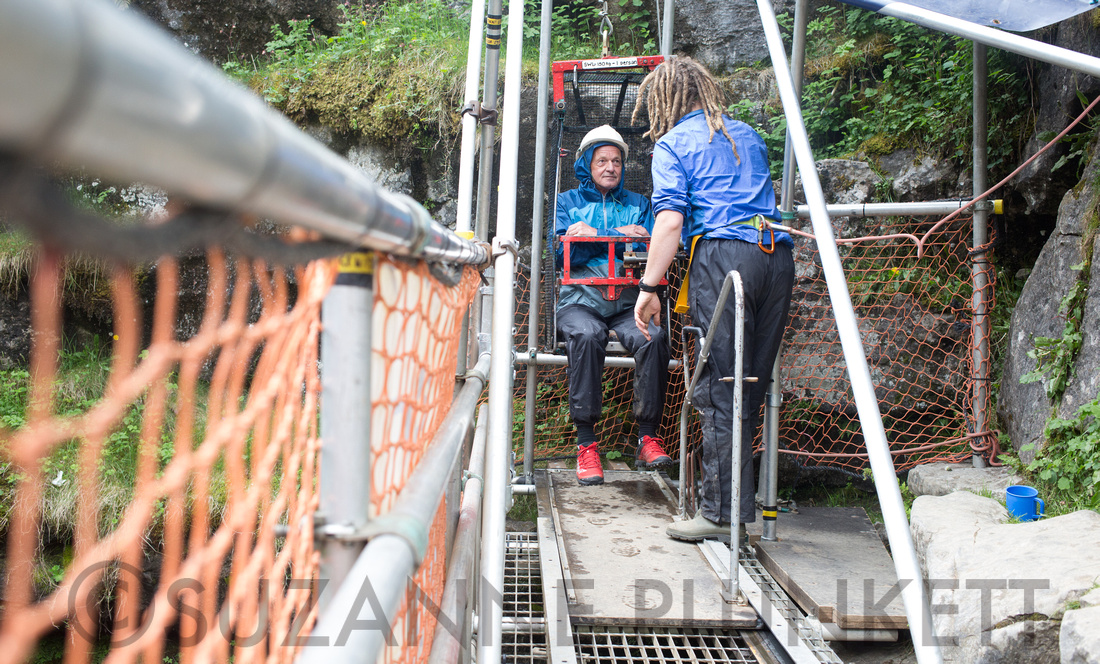 Dave Neild takes photos while waiting in the queue for his turn at the winch. 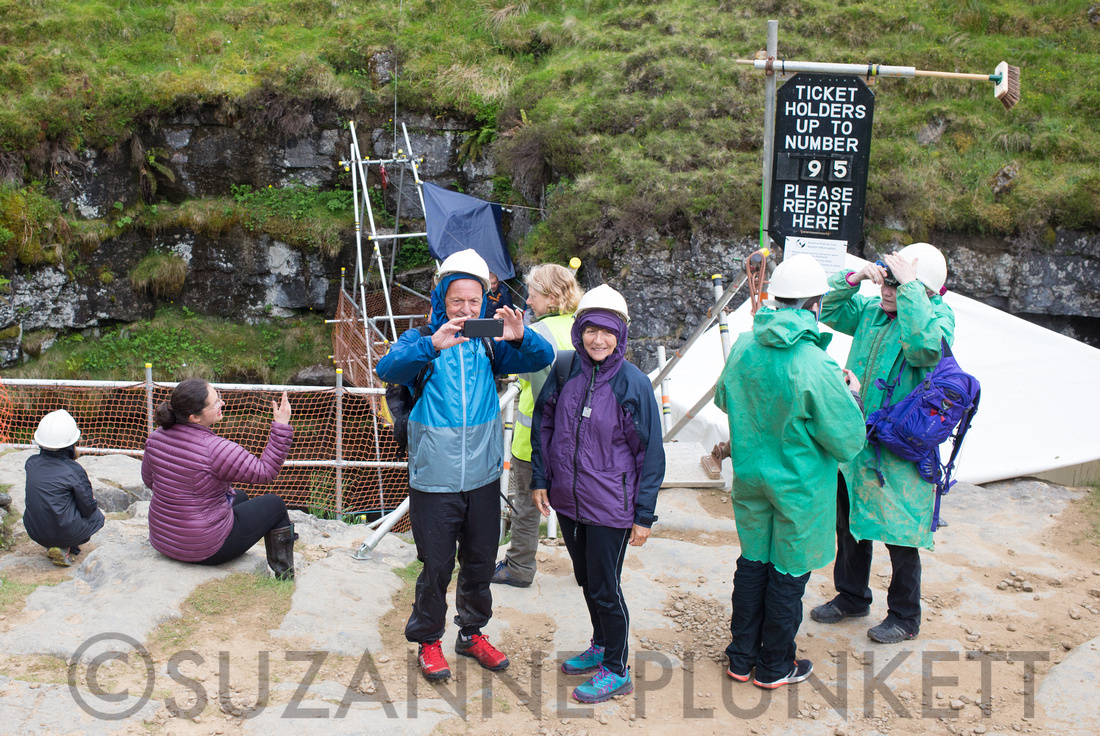 Members of the Bradford Pothole Club work in shifts winching the public up and down for one week every spring. 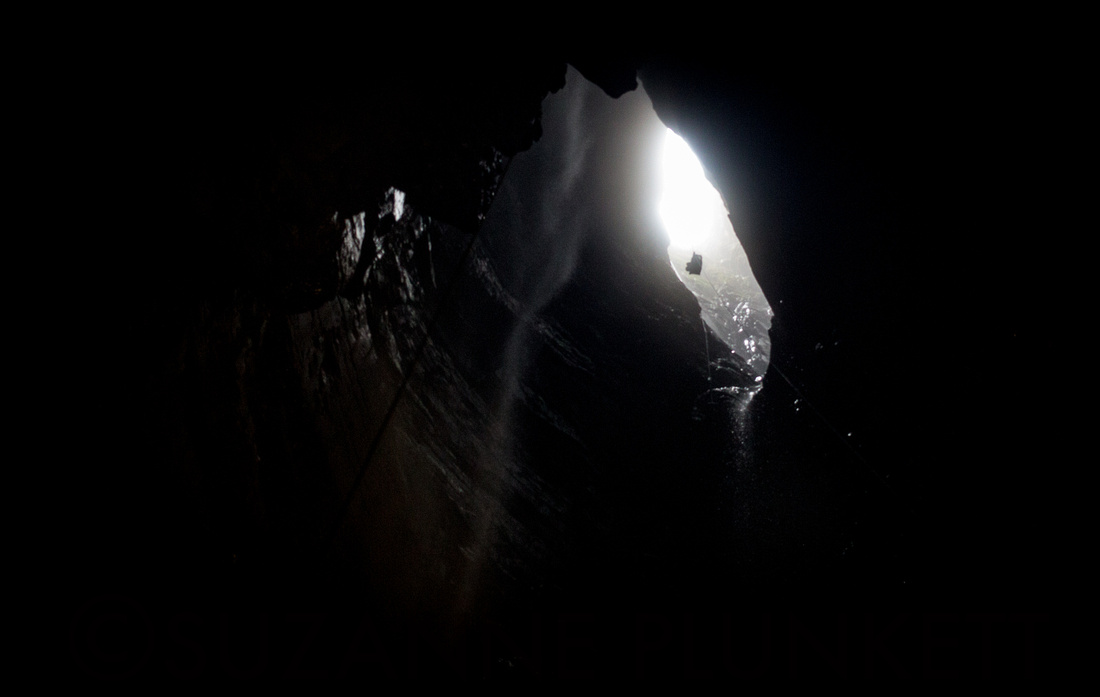 One eight-year old's journey up out of the cave...